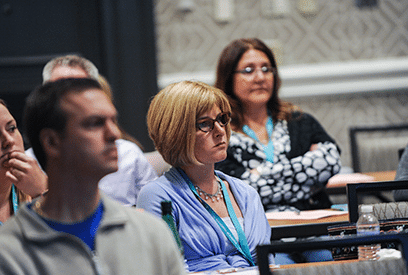 Debunking myths and misconceptions about Tourette Syndrome and Tic Disorders

Movies and the media often characterize or portray Tourette Syndrome and other Tic disorders as conditions defined by emotional outbursts and uncontrollable vocal obscenities. This mainstream depiction has led many to dub Tourette the “cursing disorder.” Yet, Tourette is not an emotional disorder and only a small subset vocalize socially unacceptable words or phrases. These widespread misunderstandings have served to alienate those living with TS while stunting efforts to accurately define the condition as a treatable neurological disorder, rather than an emotional or behavioral disability.

Ranging from a lack of awareness of the complex and varied nature of its symptoms to the misreporting of its prevalence rate, parents, teachers, children and even some physicians are not aware of the FACTS about Tourette Syndrome and Tic disorders. I’ve outlined the most common myths and misconceptions surrounding Tourette on behalf of the Tourette Association of America and hope that you’ll help us advocate and reinforce the FACTS.

Everyone with Tourette Syndrome (TS) blurts out obscenities.

While frequently portrayed in the media as a common symptom of TS, in reality the excessive and uncontrollable use of foul or obscene language, known as coprolalia, only affects 10% of individuals with TS. For those who do have coprolalia, the outbursts they experience are completely involuntary and they often try to mask the obscenities. This myth is important to rectify as it often leads to prejudices against people with TS.

Everyone who has tics also has TS.

Tic conditions are part of a spectrum that ranges from simple, temporary tics lasting for a few weeks or months, to situations where there are multiple complex tics in one or more parts of the body and which can be permanent. Within each situation, there is also a range of severity from mild and infrequent to severe and disabling. In order to be diagnosed with TS, an individual must have a history of a number of motor tics and at least once vocal tic, with tics being present on and off for more than a year. In contrast, a person may have a diagnosis of “chronic motor or vocal tic disorder” where either but not both types of tics are present for at least 1 year.

People with TS can control their movements and sounds if they really want to.

The physical and vocal tics associated with TS are thought to be the result of altered brain structure and function and are thus involuntary (like a sneeze) or uncontrollable. Some individuals have the ability to temporarily interrupt the expression of their tics, but this is unusual and is not lasting. With behavioral therapy, some people can learn to manage their tics, but successful response to behavior therapy does not mean the tics were a behavioral issue rather than a neurological problem.

If I can’t see the tics, they must be doing better.

Individuals with TS, especially children, may temporarily suppress tics and other symptoms with or without behavior therapy in order to fit in or feel “normal.” While symptoms evolve over the years and some tics come and go, a lack of visual tics does not mean an individual is “doing better” or “cured.”

TS is caused by stress or an unhappy childhood.

While stress can worsen the symptoms of TS for certain individuals, it is not the cause of TS. The precise cause remains unknown; however, current studies indicate that TS likely has a significant genetic component (meaning it is likely inherited). Prenatal, perinatal, autoimmune, and environmental factors may also contribute to or modulate the development of TS.

Tics only occur in children.

Although TS and tics are more frequently seen in children, these conditions occur in all age groups. Indeed, while childhood tics can decline as an individual gets older, many adults live their entire life with persistent tics which can range from mild to severe. However, in order for an individual to receive a diagnosis of TS, the tics must begin prior to the age of 18.

Although often treated by psychiatrists, Tourette is not a mental or psychiatric illness. Rather, it is a movement disorder that often occurs along with other psychiatric conditions such as obsessive compulsive disorder, attention deficit hyperactivity disorder, anxiety, etc.

People with TS are not as intelligent as others.

Individuals living with TS are as intelligent as those who do not have TS. However, a portion of people with TS do also have learning disabilities or other comorbidities such as OCD, ADHD and anxiety disorder. For this reason, if tics and other associated learning disabilities interfere with an individual’s ability to perform in school or gain social acceptance, adjustments may be needed to create a learning environment conducive to the individual’s needs.

While TS can have a profoundly negative impact on the lifestyle of some individuals, others can lead rich and fulfilling lives. Many people with TS are high-achievers, and find that their tics tend to subside when they are concentrating hard on a task. This accounts for the fact that people with TS have gone on to become successful musicians, surgeons and athletes among many other notable professions.

TS is more common among certain ethnic groups than others.

TS does not affect one racial or ethnic group more than another.