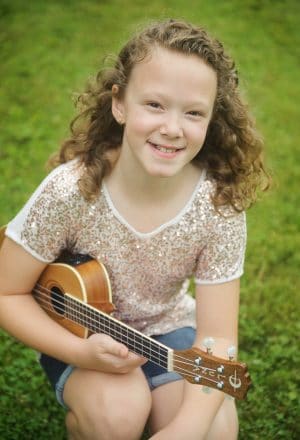 Thank you so much for sending us so much stuff for this program at my school. We could not have done this program without you. We are very grateful.

The program is the first annual Ability Day at my school. What they do is they get people to set up a booth. Then other people will come over to learn about the ability that they are talking about. There is one side where you are just talking to the people, but the other side is where you talk to people and provide a demonstration of what it feels like to have this ability. We are on the side where we talk and have a demonstration.

When my dad was about 5 he was diagnosed with epilepsy. When I in first grade my dad went crazy because his medicine built up in his system over all of the years that he had been taking this certain medicine. He was sent to the Cleveland Clinic to get tests to see what was wrong.

Think of a little girl that is in first grade whose dad is going crazy. Yeah, I was very worried about him. We had some tests done to see if it would be easier for him to have brain surgery. The tests came back and we decided to have him get brain surgery. Also that year in first grade my private school shut down, so I was facing being the new kid in a public school. Then when I was in second grade my dad had his brain surgery which was really hard for my whole family.

At the end of second grade I started the 8 week session of CBIT at Akron Children’s Hospital (ACH). My Doctor for that was Dr. Katrina Lindsay. I graduated about a year ago. I was one of her first 50 patients. It was so much fun getting to meet her, and it really helped my Tourette. I am very glad my family decided that I was going to do it. When I finished second grade and going into third grade I was facing being the new kid again. It was the same district but different school.

After I graduated CBIT I went through a lot more fun stuff. In the middle of third grade I had a story on https://www.akronchildrens.org/ web page. The next summer after third grade (so going into 4th grade) I was invited to be interviewed on Fox 8 news. I have also written a song about CBIT, and how awesome it is. It has not been published, but it is on the story about me. I am also going to be on a podcast about Tourette. It is called Tourette Podcast. I am very excited to be on my first podcast!

I now have not moved schools for 2 years, and I have done all of this fun stuff that not very many other people have ever have gotten to do, but what I am most grateful for is all of my family that has supported me through all of the rough times in my life. I am also grateful for you, Tourette Association of America, for giving me the life that no one else is able to have. You guys have made my life so much better. You have given me the chance to help my Tourette. You have given me the chance to do things that no other child has done. So thank you for all that you have done for me, and my family. Oh, and thank you once again for giving me so much stuff for this really awesome program that the New Philadelphia school district is putting on. Thank you for everything that you have done, and thanks for listening.
Sincerely,