Via: For the Win, USA Today (original article)
Written by: Michelle R. Martinelli

Anthony Ervin knows all too well what it’s like to be stared at and alienated for something uncontrollable.

Before he was a famous swimmer and two-time Olympic gold medalist, Ervin was just a kid trying to cope with Tourette Syndrome, as his overpowering motor tics would draw negative attention from others.

“It’s like an itch that constantly wants to be scratched,” he told For The Win. “When I was a preteen and a young teenager, it was really just these bursts of additional nervous energy that came out through mostly my eyelids and other facial expressions.”

But after years of dealing with the unwanted attention, something he once struggled with when he was younger turned out to be one of his greatest strengths behind the blocks at the Olympics.

“When I was with those seven other guys in an Olympic final and they’re all freaking out and thinking about how they’re being viewed and gazed upon by all these people back in their countries – all these people around the world – with me, I knew what these jitters were,” said Ervin, who won his first gold medal in the 50-meter freestyle at the 2000 Olympics when he was 19.

“I was very familiar with them. I didn’t need to be thrust on such a big stage in order to feel that anxiety. It’s something that I coped with daily as a youth, so I felt a little more comfortable in that environment. And I really think that gave me a particular kind of edge when competing on that kind of a stage.”

Swimming also helped the sprinter manage his facial tics growing up. He learned through his teens and 20s how to give the effects of the neurological disorder space to escape his body.

Now at 36 years old, he said that energy doesn’t flow through his body like in decades past, but the focus and energy required in the pool helped open that door.

“It can be cracking my knuckles or any number of things,” he said. “But the important thing is once I really learned how to relax into my body and became more knowledgeable about what it was and not to aggrieved about it, then it didn’t come out of me with such brutal force.”

Since the Rio Olympics – where he took home a gold medal in the 50 free for the second time, a stunning 16 years after he won the first in Sydney – he’s been trying to catch up on the life he set aside to train for his third Olympic Games.

That includes serving as an ambassador with the Tourette Association of America through 2018.

“For people with Tourette, I think he’s a good role model because he’s a swimmer, and he’s overcoming (it),” said Ethan Boyce, a youth ambassador and ninth-grade swimmer from Simi Valley, California. 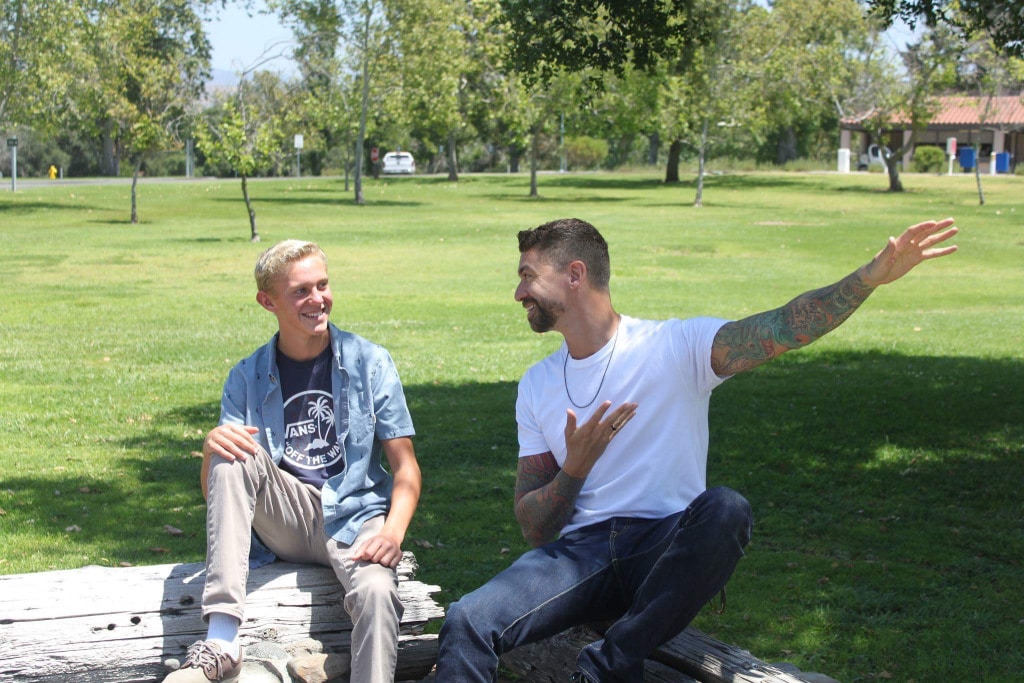 Boyce said, like Ervin, being in the pool helps liberate him from his tic.

The pair hope to eliminate misconceptions about Tourette Syndrome, mainly that it’s a “cursing disorder” – also known as coprolalia, which only affects about 10 percent of people with it. Although, Ervin joked that he enjoyed the leeway it gave him to swear as a kid.

Calling the Tourette Association of America a resource “that would have been massively beneficial” to him growing up, Ervin said he wants to share his story with kids like Boyce so they know they’re not alone.

“They would know that every story is different, and that there can be positive elements that can come around and out of it,” Ervin said. “Ultimately, I’d just be happy to empower young people with Tourette Syndrome.”