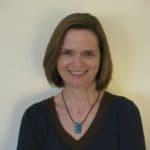 Carol A Mathews MD, is a Pre-Eminent Professor and recipient of the Brooke Professorship in the Department of Psychiatry at the University of Florida College of Medicine in Gainesville, Florida and is the Co-Chair of the TAA Scientific Advisory Board.

Q: I was recently told by a pediatrician’s office that they could not treat my daughter because she has Tourette Syndrome. I felt that my child was being discriminated against for having a disorder- I was not looking for treatment for the TS, just general care. Can a doctor do this?

A: From a legal perspective, doctors may refuse to treat patients, as long as they are not already providing treatment for that person. For example, a doctor may refuse to take on a new patient if their practice is full, or if they do not believe that they have the required expertise to provide good care. However, all pediatricians should be able to provide routine care for a child with Tourette Syndrome, even if they have never treated someone with TS before. When talking to a pediatrician about your child, it is important to let the doctor know that you are looking for general pediatric care for your child and not for treatment for the TS. If your child is already receiving care for his or her TS, let the doctor know that, too. It is often helpful for the pediatrician to coordinate care with any other treatment providers who are involved in your child’s care, and working with those providers can also help the pediatrician to better understand the TS. When looking for a new pediatrician, it is worth asking to talk directly to the doctor about your child, rather than to other members of the office staff whenever possible, in order to prevent misunderstandings. In many cases, the doctor may be more willing to treat a child with TS than the staff realizes.

Q: What happens if a patient is unhappy or unsatisfied with the services their doctor or therapist is providing? Can the patient take action in any way?

A: The best approach if you are unhappy with the care that a doctor or therapist is providing is to talk directly to them about your concerns. Many health care providers welcome feedback, and have no other way of knowing if a patient is unhappy. The provider may also be able to explain his/her decisions in a way that alleviates your concerns. If you are still unhappy, you can provide feedback to the provider’s supervisors (for example, in a group practice or in a health care organization such as Kaiser). Most such organizations have a mechanism for voicing specific concerns, and they are taken seriously.

Q: When people say that TS is in a spectrum with OCD and ADHD, what does that mean? The only spectrum I’ve ever heard of is the Autism spectrum.

A: Obsessive compulsive disorder (OCD) and attention deficit disorder (ADHD) often co-occur with TS. In fact, each of this disorders co-occurs with TS much more often than would be expected by chance–up to 50% of the time, in fact. There is some evidence from genetic studies that TS and some forms of OCD may be related to one another, and that in families, some individuals will have TS (with or without OCD), some will have chronic motor or vocal tics, but not full-blown TS, and some will have OCD alone, with no tics. Therefore, geneticists often say that TS, chronic motor or vocal tics, and OCD are in a genetic spectrum, in that the same gene or set of genes may produce any one of these syndromes in a given individual. The same was thought to be true for TS and ADHD, as they also co-occur very frequently within individuals. However, the current evidence suggests that although there is clearly much more ADHD in people with TS than would be expected by chance, it does not seem to be true that the same genes are responsible for both disorders. Therefore, another reason for the high rates of ADHD in TS must be found.

Q: It is already common to have misdiagnoses when looking for treatment of TS. In the DSM V Tourette Syndrome will be under Neuro-developmental Disorder along with Autism. Would this make it more likely that TS and Autism could be mixed up with one another or that TS would be considered a spectrum disorder?

A: It is possible that the move to the Neurodevelopmental Disorders category in DSM V may be confusing initially. However, many disorders that are clearly not autism spectrum disorders, including attention deficit hyperactivity disorder (ADHD), learning disorders such as dyslexia, and movement disorders, including TS and other tic disorders will be moved to this category. It is very unlikely that this move will cause any long term confusion about TS and its relationship to autism, or that it will result in an increase in misdiagnoses. In order to improve knowledge about TS among health practitioners and others and to decrease the risk of misdiagnosis, TS specialists regularly give educational talks about TS to hospitals, medical groups, nursing groups, schools, etc. These talks are jointly sponsored by the TAA and the Center for Disease Control (CDC), and serve to increase understanding about TS, including diagnosis and treatment.