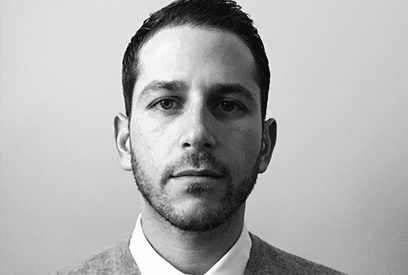 Bayside, New York – June 29, 2016 – The Tourette Association of America, the premier national non-profit organization serving the Tourette Syndrome and Tic Disorder community, today announced the appointment  of David Koch as its newest Board Member. Diagnosed with Tourette Syndrome at age five, Mr. Koch will draw on his personal experiences living with the disorder to support the Association in its mission to improve the lives of those affected by Tourette.

Mr. Koch’s impressive background in the marketing and advertising industry also makes him a uniquely remarkable addition to the Tourette Association of America board. In his current role as Senior Producer at R/GA, an international award winning agency headquartered in New York City, he manages mobile applications for clients, as well as R/GA’s Connected Office and internal platforms.

“On behalf of TAA, we are excited to work with David as a member of our distinguished Board of Directors. He brings energy, experience and a clear perspective to help guide our organization,” said John Miller, President and CEO of the Tourette Association of America.

Prior to joining R/GA, Mr. Koch led the JPMorgan Chase digital production team at McGarry Bowen, overseeing strategists, creatives, producers, and developers. Mr. Koch has delivered award-winning work for Sears, Estee Lauder, CHANEL, John Paul Mitchell, Tiffany & Co., and Sephora, among others, as production lead at the digital marketing company, iNDELIBLE. He has also worked on renowned television and film productions, including “The Sopranos,” “Mad Men,” and “Eternal Sunshine of the Spotless Mind.”

Mr. Koch currently resides in Manhattan and is preparing for his second New York City Marathon. You can follow him on Twitter @dk0ch.

About the Tourette Association of America

Founded in 1972, the Tourette Association of America is dedicated to making life better for all individuals affected by Tourette and Tic Disorders.  The premier nationwide organization serving this community, the Association works to raise awareness, advance research and provide on-going support.  The Tourette Association directs a network of 32 Chapters and support groups across the country.  For more information on Tourette and Tic Disorders, call 1-888-4-TOURET and visit us at tourette.org, and on Facebook, Twitter, Instagram and YouTube.