Over the last several months we have seen a number of inaccurate, hurtful references about Tourette Syndrome made by the media. The Tourette Association of America (TAA) has responded to each of these remarks by providing accurate information about TS to these outlets, offering training to employees of offending companies, and dispelling the myths of incorrect statements. Our response is in an effort to stop the stigma surrounding Tourette Syndrome and Tic Disorders. We have made progress, but there is still so much more to do!

This year, during Tourette Syndrome Awareness Month (May 15 – June 15), we are on a mission to set the record straight and we invite you to join us. People living with Tourette Syndrome are so much more than a hackneyed joke. We are mothers, fathers, children, educators, award-winning journalists, Olympic Gold medalists, professional athletes, actors, rising pop musicians, authors, producers, and so much more.We are a community of equal, exceptional individuals who should not be defined by tics.

Now, more than ever, we need to band together and speak out, educate and inspire others to be more open-minded and break free of the stigmas that surround this disorder. It is time to get rid of the stereotypes, and to stop using Tourette as an excuse, slur or punchline. It is time to recognize that Tourette Syndrome is a medical condition: a neurodevelopmental disorder – and that underneath the uncontrollable symptoms are children and adults – human beings with hopes, dreams and feelings.

In response to these various public references, we have developed a Tourette Syndrome Pledge. When you take the pledge, and encourage others to do so as well, you take a step toward effecting change. That is what we strive to do at the Tourette Association of America – be a change agent when it comes to the perception of Tourette Syndrome and Tic Disorders and we need your support.

You can be part of this movement! Help create a world where a person is seen for more than their outward differences. Take the pledge to spread awareness and increase tolerance for those who live with TS and Tic Disorders. Help us change the public perception of TS.

As a community, we’re asking for compassion and inclusion, but it starts with us, working together. We cannot do this without you. Please consider making a donation to support the TAA in our continued efforts to increase much needed awareness to stop the stigma. The time is now. Let us be the change together. 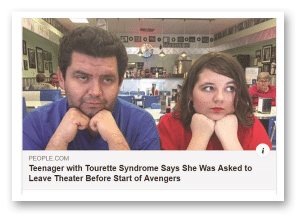 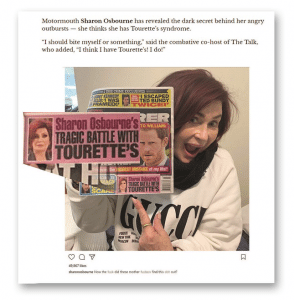 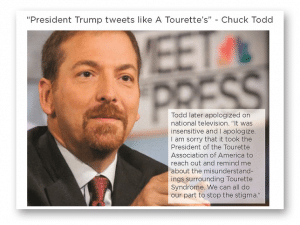 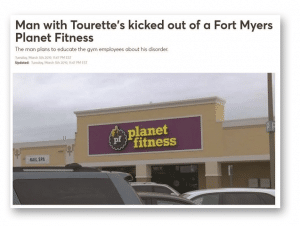 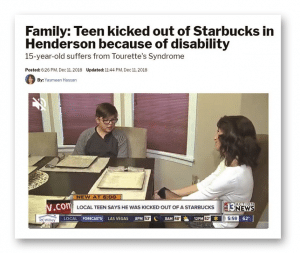