Home » Everything Happens for a Reason

Everything Happens for a Reason

The first time I saw my twelve-year-old son blinking unnaturally, I thought he must have gotten an eyelash or a piece of dust stuck in his eye. Every few seconds, he blinked his right eye — more like an extended wink, which he held down tightly. But even after washing his eye and examining it thoroughly, there was no evidence of any foreign body trapped inside.

“I don’t know what’s wrong with me,” he told me with that worried voice that kids reserve for their moms. “I have this sudden urge to blink, and even when I try not to, I can’t stop it from coming.”

When I looked at him with confusion on my face, he tried to explain. “It’s sort of like when you have to cough and you can hold it in for a little while, but then it has to come out.”

Little did we know then that Craig’s blinking was just the beginning of a continuing and challenging journey that would take us from doctor to doctor, and bring a diagnosis of Tourette Syndrome. “Tics,” the neurologist called his uncontrollable urges.

When his blink tic finally disappeared, as abruptly as it had started, it was replaced by a continuous sniffing. Other tics followed: grunts, snorts, throat clearings and head twitches. Some were little more than an annoyance, others more intrusive. But when loud noises began to erupt from him — a cross between a bark and a yelp, he became the object of curious stares and cruel comments, leaving him overcome with shame. My son was trapped inside a body that had developed a mind of its own.

My smart, popular, well-rounded teenage son became a recluse, escaping at every opportunity to the privacy of his bedroom where his body could release the uncontrollable yelps and barks and snorts without embarrassment.

His only peace came when he fell asleep and his tics finally stopped. The years that should have been filled with the most carefree fun were instead ones of loneliness, confusion and anger over having a condition that most people didn’t understand.

“Everything happens for a reason,” I repeated to him over and over, hoping that I could convince him — and myself — to believe that.

Meanwhile, I prayed silently that before too long, we would find the reason why my son was tortured by a body he couldn’t control.

Then one day, Craig had an amazing discovery. While we were testing out our new video camera, he and his sister were fooling around, entertaining us with their own renditions of scenes from some of their favorite movies. When we played back the video, we couldn’t believe our eyes… or our ears. In front of the camera, all of his tics suddenly disappeared. No blinks. No grunts. No yelps or barking.

He soon learned that when he was totally focused and deep in concentration, his tics were suppressed, at least temporarily. As Craig continued to recite movie monologues and improvise comedy sketches in front of our camera and his own mirror — savoring his tic-free moments — a dream began to form: to become an actor.

In spite of his self-consciousness, he enrolled in acting workshops and took the Long Island Railroad into Manhattan every Saturday. His determination helped him to ignore the stares and comments, to focus instead on his goal. While I worried constantly about my son, the knot in my stomach began to loosen as I watched him develop a new sense of self-confidence. Encouraged by his acting teachers, he began to believe in himself. He made new friends and reinvented himself — not as a victim, but as a strong, perseverant individual. And as he did, his tics became less important. Understanding what it felt like to be “different,” he has also become more sensitive and compassionate than most people his age, not afraid to reach out to others who face their own challenges.

Craig managed to get into an Ivy League college despite his Tourette Syndrome. By the time he graduated from Cornell, Craig knew that he — tics and all — was ready to turn his dream into a reality. Moving across the country, 3,000 miles from his family, was not an easy decision. Torn between his drive to pursue a career as an actor and his fear that his body wouldn’t cooperate, he discovered courage within him that he never knew he had. His journey over the following months included many bumps: health setbacks and moments of loneliness, frustration and embarrassment. But it was also filled with achievements, triumphs, empowerment and ultimately, acceptance.

I will never forget the night he called home to tell us that he “booked a job” as a guest star on CSI. And how ironic: his character was a guy with Tourette Syndrome! It was the most widely watched TV show in America, and the part called for him to twitch, snort and show as many tics as he possibly could! While having Tourette Syndrome is not something Craig ever wanted, the strength and perseverance that he gained from dealing with it has allowed him to push through many obstacles and barriers in life.

Over the past few years, Craig has become an entrepreneur and started his own company with his fiancé, who is also an actress and who he met at an audition. His Tourette led him not only to his love of acting, but also to the love of his life. Together they have parlayed all of the knowledge they gained from acting and working on films and TV shows, into creating a company that offers a cinematic experiential attraction, where guests are able to star in their own live-action movie and attend the red carpet premiere of that movie, so that everyone can know the joy and excitement of being on-camera and making a film. He also teaches improv to kids, and especially loves helping kids find their voice and giving them an extra confidence boost through improv.

The greatest gift I received was when one day Craig said to me that after all my years repeating the same words so many times, he finally started to believe them. He told me that he uses those words to know that even on days when things don’t go your way. You have to always keep your head up and know…” everything does happen for a reason.”

As his mom, I became his health advocate, searching for information about Tourette Syndrome and possible medical treatments, while helping him to accept “being different.” My greatest challenge was trying to answer his most painful question: “Why me?” 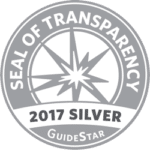