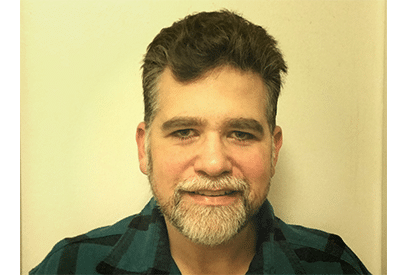 How it Feels To “Tic Out”

It’s one of the few things I have ever talked or written about. My wife, Lori, who I’ve known for more than 10 years said recently that I have never discussed with her how it feels to “tic out”. What I actually feel, physically when I shout out or when I grunt or when my face twitches. That’s what I am about to do. I’m now in uncharted territory.

My tics are a strange and erratic phenomenon. It often starts with a thought or suggestion in my head telling me to do something and it won’t go away until I act on it; like a mosquito bite that needs to be scratched.

For instance, I might be walking down the street and I’ll see a pedestrian walking her dog. Seeing the dog, I immediately know that a dog barks, and the suggestion enters my head to bark like the dog. Obviously, I don’t want to give the dog’s owner the impression that I am teasing her pet or that I’m just plain crazy so I try to hold it in for a minute or two until she’s gone. That may or may not be very difficult to do depending on how I feel.

My attempt to hold back my tic is called “suppression,” and some people with TS can suppress longer than others, depending on the person. Many can hold it in for hours, then go home and let it out for five or ten minutes like a balloon that bursts under pressure. Others can’t suppress more than a few minutes if at all.

While I resist my “urge” to bark like the dog, I sometimes feel a knot in my stomach getting tighter and tighter like a noose around my neck. The pressure builds and builds, all the while I’m thinking, “Hold it. Hold it.” Finally, I can suppress no longer. The dog walker seems to be far enough away so I release, and “Arggh Aaar Arrgg Aahh.” It all comes out like the Hoover Dam breaking under pressure.

Depending on how I am feeling that day, how calm or relaxed I am, I might not get the knot in my stomach at all and I can hold it back then release. And sometimes if I don’t give a damn what people think of me, I might not even attempt to suppress at all and just bark as soon as I get the mental suggestion. Once I get the right kind of a “tickle” in my throat from my barking, I can usually go about my business unless, I get the suggestion to do it again. It all seems very arbitrary and maybe it is a little bit, but again, it all depends on how calm and relaxed I feel that day.

Sometimes the suggestion is innocuous like the dog barking, but other times it can be downright dangerous. About a couple years ago I read a story online about a young man with TS and his friend who had saved up all year to participate in a Civil War re-enactment. Just before check-in at the airport, the young man with TS started shouting, “Bomb. Bomb. Bomb.” He was quick to let the flight attendants and security know he had Tourette syndrome and that he was not there to cause any trouble. He just couldn’t help it. The flight attendants tried to understand and accommodate him but under pressure from the other passengers who were understandably disturbed by this stranger shouting “bomb” at the airport, the pilots refused to let him board the plane and the trip was over for the two friends.

My tics have never been that dangerous and I normally don’t get the suggestion to shout complete words or sentences. But after reading the story, my wife, my son and I were on our way to a wedding in California and I remembered what I had read online. This amounted to a suggestion for me to shout like the young man I had read about. Fortunately, I, as well as some other people with TS have the ability to compensate by making a sound close to the suggested word without actually saying it. For me, it’s more about the “tickle” in my throat when it is a vocal tic than saying the word itself. Therefore, whenever I got the urge to say “bomb,” I morphed it by saying “ah-bah” instead. I still got the sensation I was seeking in my throat. But my tic went otherwise relatively un-noticed.

Here’s something that is interesting about the nature of TS. As I am writing this at a local coffee shop, the story I just told gave me the mental suggestion to shout “Bomb”. But I just morphed it into “ah-bah” again.

Indeed, sometimes my physical tics are situational. For some reason, whenever I go on my stationary bike at home, I twist and contort my back and shoulder as I am pedaling. It is quite painful but the itch won’t go away unless I get the sensation I’m seeking to induce in my back. The thing with this though is that for me, unlike my vocal tics, this physical tic lasts longer and I contort my back the whole time. I’m lucky I haven’t permanently injured myself. Some people I know with TS have caused themselves severe and permanent disability and I certainly don’t envy them.

TS can obviously be very embarrassing because the movements and shouting are misunderstood and ripe for mockery and judgment. Usually people just look around a bit to see where the strange sound just came from, or they laugh and move on. But my tics can be more intensely humiliating too. And it’s not just the strange contortions and shouting out.

All my life I have struggled to avoid staring at people obsessively. Yes, compulsive staring can also a tic. And it’s often one of the worst for me because I end up feeling like I’ve done something wrong. I remember one woman in my college political science class who seemed to be completely creeped out by it. On the first day, I got in to my head the suggestion to look at her sitting behind me. I turned my head and looked at her for a couple of seconds long enough to catch her attention and then I hurried to look forward again, trying to pay attention to the lecture. After that, I turned my head again every few minutes making her understandably uncomfortable. I was uncomfortable too. After a few weeks she decided to sit in another seat but I found her anyway and continued to stare at her until the semester was over.

The memory of it more than 25 years later is twice as shameful. What’s worse is my former classmate and I both have last names that begin with “Gr” and so our graduation headshots are next to each other in the yearbook. Looking back on it I feel like she must be so uncomfortable knowing that she has to see my portrait next to hers every time she looks at that book. I only wish I had just said something to her about it to let her know I couldn’t control what I was doing. Maybe she wouldn’t have been so offended by me.

You would think I’d have learned to explain my condition to the people I stare at. Therapists have tried to help me come up with a “disclaimer” to do just that. But I just can’t seem to gather myself up to say it. Kind of like a deer in the headlights. So, I continue to be misunderstood and often worry that if I stare at the wrong person, I might be assaulted too.

Well, there you have it. A basic understanding of my major tics and how it feels when I “tic-out”. My tics and how they feel are not always the same for all TS sufferers; We are all different. But most of us do feel uncomfortable or embarrassed when we are laughed at or criticized by people who don’t understand what Tourette syndrome is. And it often makes our tics worse.