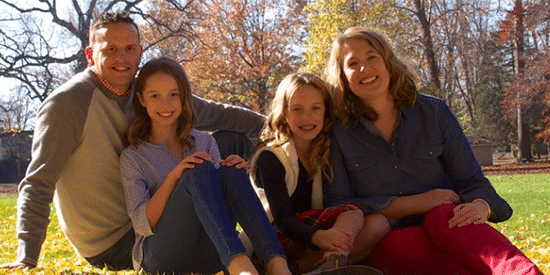 My Personal Battle with Tourette Syndrome

My Personal Battle with Tourette Syndrome! 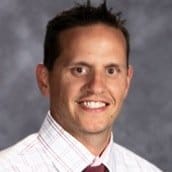 Jason Fine is an inspirational speaker that draws on his deep understanding and expertise in child development, and his own incredible story. At age 10, he was diagnosed with Tourette syndrome and was told by doctors that he would likely never play sports or attend college. He speaks from the heart about living with Tourette, the importance of finding your motivation, and the support he’s found from family, friends, and mentors which allowed him to refuse to accept his doctor’s predictions and thrive as an educator and athlete.

How has Tourette played a role in your struggles and successes?
I was diagnosed with Tourette syndrome in 1988 and was told by the neurologist that kids like me don’t typically go to college or participate in sports due to a lack in coordination. I interpreted that to mean that I was destined to be substandard to my peers, not only intellectually but also in the athletic arena, which was my area of greatest passion. These words have echoed in my head numerous times throughout my life just as they did that afternoon, yet they have played a large role in shaping me into the person I am today.

What are some of the challenges you had to overcome growing up with Tourette?
My parents never let me settle for mediocrity and certainly never wanted me to feel woeful about my situation. This mindset was challenged on several occasions throughout my life as my tics became more noticeable, ranging from eye rolling, head and arm jerking, to several vocalizations such as throat clearing and grunting. Some people did not understand my symptoms, and as a result, for instance, a 7th grade teacher that felt I was a distraction during class suggested I spend the rest of class in the science closet. Later, I played a high school basketball game in which every opposing student in the stands wore a t-shirt that mocked my Tourette’s. These challenges continued during my freshman year at Ohio University as I was asked to leave my English class because the professor thought I was purposefully disrupting the class. Each time something like this happened, I recalled the words of the neurologist, “ Children like you…”

It was not easy growing up with Tourette syndrome, but my family encouraged me to set lofty aspirations and reach beyond them regardless of the obstacles. They stressed that while I may have Tourette syndrome, the disorder does not define me. I am proud to say that with the help of my family and friends I was able to prove the neurologist wrong by playing five years of Division I football at Ohio University and have since received a Master’s degree in education. I am an administrator in one of the highest performing school districts in the state of Ohio, and this past November I earned my superintendent’s license from The Ohio State University. I am excited to continue my pursuit of proving the neurologist wrong when I begin my doctoral work at Miami University beginning this summer.

Why is it so important that you educate your school, and others, about Tourette Syndrome?
I am fortunate to work in a building and school district that values the importance of service-learning. We require all of our students and staff members to participate in meaningful service-learning throughout the year and we set aside a full day of learning to educate our community and give back to others. I jumped at the opportunity to tell my story on this day and share with our students the importance of acceptance, kindness and service to others. It was made even more special having my 7th grade daughter, who also has Tourette syndrome, introduce me to her classmates. This provided me with an opportunity to educate over 800 people on the disorder and its challenges my daughter and I have faced. It also reinforces a strong commitment to educate others by accurately portraying Tourette syndrome in hopes of easing the struggle for others.

Do you feel like you are in a better position to help your daughter Maddie, who also has Tourette Syndrome, through some of her tougher times with TS and co-occurring conditions?
Growing up I always felt that having Tourette syndrome was one of the most puzzling, frustrating and maddening things to deal with. I then became a parent of a child diagnosed with Tourette and realized an entirely new level of helplessness. It is certainly a greater challenge watching your child suffer from the cruel disorder and I would give anything to absorb all of her tics. We have a special bond because we share the disorder and we have both learned a great deal from one another. Maddie has always known about Tourette and we speak freely about our issues. Fortunately, we never had to guess why she was behaving differently than her peers and we always encouraged her to take pride in her differences and to set her own path.

As a successful adult living with Tourette, what is one message that you would have for others living with Tourette?
Regardless of your needs, many of us have our own struggles that we work each day to conceal. I admire folks living with Tourette syndrome and stress to our students that is okay to be unique. I urge those living with Tourette to take your unique qualities and embrace them. Be proud of who you are and where you come from. With strong encouragement from your support group you can flourish regardless of your limitations. I am where I am today, and I am the educator I am today because of my struggles. Living with Tourette syndrome has given me an opportunity to practice the lessons that I continue to learn everyday; not accepting limits that are put on me by other people, feeling okay about being different, working hard to overcome challenges, not giving up, and reaching out to others for support. There will be times in your life when people around you are quick to tell you why you can’t…why you shouldn’t…why it’s not possible. Fight the urge to accept these limitations and create your own destiny!

More About Jason
He received his undergraduate degree from Ohio University, where he fulfilled his dream of playing Division I football and earned a varsity letter. Jason has since spent 17 years in public education earning multiple awards as a teacher, coach, assistant principal and principal at the elementary and middle levels. He is currently the principal of Jones Middle School, in Upper Arlington, Ohio, which has consistently ranked amongst the top middle schools in the state for student achievement and growth. Jason earned his master’s degree in education from Cambridge College in 2002. In 2016, Jason earned his superintendent’s license from The Ohio State University and is currently pursuing his doctoral degree from Miami University. Jason lives in the Columbus, Ohio area with his wife, two daughters, and two dogs.