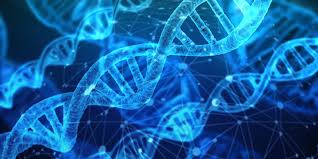 The Tourette Association of America (TAA), the premier national non-profit organization serving the Tourette Syndrome (TS) and Tic Disorder community, and its collaborators recently announced findings from the largest DNA sequencing study of Tourette Syndrome (TS). New data has been revealed that suggests a potential role for disruptions in cell polarity in the development of TS.

The research study was led by the Tourette International Collaborative (TIC) Genetics and included collaborations with the TAA International Consortium for Genetics (TAAICG), the Tourette Syndrome Genetics Southern and Eastern Europe Initiative (TSGENESEE). Research samples were also received from the Uppsala Tourette Cohort in Sweden.

The researchers focused on “de novo” or rare mutations that arise anew at conception, rather than being inherited from parents. They observed that these mutations tend to affect genes with a role in cell “polarity,” which is the process by which cells differentiate “top” and “bottom.” This is particularly important in the brain, where neurons must form with specialized information gathering and transmitting sides to function properly.

“These impactful findings provide clues into the biological mechanisms in the brain that may be underlying uncontrollable motor and vocal tics that many individuals chronically suffer from on a daily basis,” said Diana Shineman, Vice President of Research and Medical Programs of the Tourette Association of America. “The TAA continues to facilitate collaborative partnerships to better understand Tourette Syndrome and to more effectively identify therapies to improve the lives of those living with TS and other Tic Disorders.”

“While these findings are preliminary, it is exciting to note that the earliest findings in other psychiatric disorders, also based on de novo mutations, have replicated strongly and are now understood to be key points of pathology. For example, gene regulation and synaptic biology in autism. Therefore, in addition to continuing to recruit and sequence patients for gene discovery, we have started experiments modeling the effect of mutations in these cell polarity genes during early brain development. For example, mutations may affect things like neurons getting to the typical place in the brain or forming the typical type of connections. By cataloging these disruptions, we may learn more about the etiology of TD, which, in turn, may help inform therapeutic interventions.” Dr. Willsey also noted that the participation of patients and their families was central to this effort, as was the partnership between TIC Genetics, TAAICG, and TSGENESEE.

Although 1 in 100 school-aged children (ages 5-17) develop Tourette Syndrome, with 50% of cases going undiagnosed, the condition has been relatively neglected in studies compared to other child-onset psychiatric disorders, such as autism, intellectual disability, and epilepsy.

The success of the Tourette collaboration spurred the National Institute of Mental Health to fund a $10 million dollar grant earlier this year to help the TIC Genetics research team pursue their findings. The award will go to seven U.S. and 14 international sites to enroll more than 1,000 parent-child trios (3,000 samples), genetically characterize them, and identify new genes. The researchers expect this will generate new biological insights and potentially opportunities for new and improved treatments.