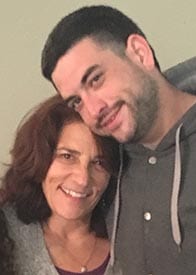 Tourette On Trial By Bobbie Stein

In January of 1692, in colonial Massachusetts, several young girls began exhibiting violent contortions and uncontrollable outbursts of screaming. A local doctor diagnosed “bewitchment.” It was not long before a hysterical community blamed several poor and slave women of bewitching the young girls. Fueled by the residents’ suspicions of and resentment toward their neighbors, as well as their fear of outsiders, the Salem witch trials commenced resulting in hundreds of innocent people being unceremoniously tried for practicing “the Devil’s magic” and at least twenty innocent people put to death. It is not hyperbole to say that my experiences in court with my own resentful neighbors felt like a witch hunt of Salem proportions.

My young adult son has Tourette Syndrome, a neurological disorder characterized by repetitive, stereotyped, involuntary movements and vocalizations called tics. The disorder is named for Dr. Georges Gilles de la Tourette, the pioneering French neurologist who, in 1885, first described the condition in an 86-year-old French noblewoman. Over one hundred years later, one would think that the condition is well known and understood. Sadly, it is not. There are those, even in my affluent and educated community, who apparently believe that children with Tourette are likely the result of abuse or bad parenting. They can not fathom that the noises and behaviors exhibited by my son are involuntary. Neither do they appreciate how their own inhospitable and mean spirited actions contribute to the worsening of his tics and general depression, and ultimately, contribute to their own suffering.

I am the first to admit that my son’s ticcing can be loud and disturbing. He sometimes
yells things that are hard to hear and can sound scary to the casual observer. The neighbors call the police with regularity. No matter how many times we have tried to explain to them that calling the police only makes the situation worse and has no beneficial affect, they continue to complain. In the past, my son has experienced abuse at the hands of police, at gunpoint, no less, simply because he was ticcing at an airport and his behavior was misinterpreted as suspicious and dangerous. With each police encounter initiated by our neighbors, my son slips further and further into despair and post traumatic stress. His anger and rage, common in people with Tourette, understandably magnified.

It was bad enough when the neighbors held secret meetings to discuss what to do about our family, designed to rid the neighborhood of the unwanted element that disturbed their privileged peace. But then they took it to another level by actually having my son served, by a sheriff,  with a restraining order. The oxymoronic implication would be almost comical if not so tragic. Having a judge order someone with Tourette Syndrome to restrain themselves under penalty of arrest makes no sense. Then again, perhaps it makes perfect sense for those whose goal is to criminalize the disability itself.

It is understandable that the neighbors just want the disturbance to stop. Their demonizing my son and teaching their children to fear him, however, only exacerbates the situation, and in the end, makes his ticcing worse which, of course, is the opposite of what they want. We showed up in court on the day of the restraining order hearing filled with dread and

accompanied by a disability rights lawyer. The two neighbors who filed the request for the order also had a lawyer and had reconvened their cabal of disgruntled neighbors, some of whom I had never even seen before, to cheer them on. They hugged and laughed in the hallway while my son suffered an extreme anxiety and panic attack, which triggered ticcing that made it impossible for him to remain in the courthouse. The hearing proceeded without him.

They presented all the evidence they could muster, casting my son (and my family) in the most negative light possible, trying to convince the judge that my son’s behavior was not only intentionally directed towards them, but that he presented a credible threat to them. I was cross examined by their lawyer in a bullying fashion designed, I suppose, to get me to admit that my son’s behavior was not attributable to Tourette’s and that he posed a threat to the neighbors.

After a lengthy hearing, the judge ruled from the bench. He addressed the spectating neighbors by saying that he understood that they would not be happy with his decision. He told the complaining parties that he would not want to live in their house and understood how difficult it was for them and their family. Then he turned his remarks to me,  expressing compassion and mentioning that he had observed my son in court earlier and understood that his behavior was not something that he could control. He did not impose a restraining order, and explained that the evidence did not rise to the requisite legal standard of proof.  He told the neighbors that this was an inappropriate forum for such problems and sent everyone on their way.

When a friend of mine congratulated me on the legal “win” my response was visceral. We clearly did not win. While it would certainly have created more problems and more dire consequences to have had a restraining order in place, having to be a party to Tourette on trial was more loss than win. It created greater animosity between us and the neighbors. The humiliation and trauma to my family caused by the proceeding itself, and the Salemesque sideshow provided by the vengeful neighbors was devastating.

People who suffer from Tourette Syndrome or the broad spectrum of other neurological conditions that cause people to do things involuntarily are not monsters or witches. Many have other co- morbid conditions and dual diagnoses that may or may not include substance issues. These are people who suffer daily and are trying to find their way in an intolerant society. They are not trying to disrupt anyone’s lives. They would much prefer that their condition did not disrupt their own lives or those of their families.

More than 250 years after the Salem witch trials, Massachusetts formally apologized for the events of 1692. I suspect that an apology will not be forthcoming from our neighbors…but I am hoping that somewhere down the line, they begin to understand how their extreme reactions to this difficult situation has made matters worse for us all.