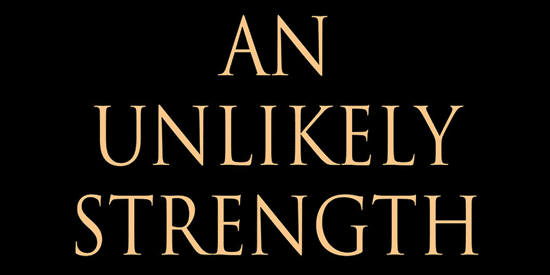 An Unlikely Strength: Tourette Syndrome and the Search for Happiness in 60 Voices

Congratulations to Larry Barber on the release of his book An Unlikely Strength: Tourette Syndrome and the Search for Happiness in 60 Voices

Sixty adults and children tell their intimate stories of Tourette syndrome, how it affects their lives and self-image and how, despite it all, they persevere with strength and hope. A resource guide for adults and children, moms and dads, An Unlikely Strength shares the challenges and successes of grappling with TS; it acknowledges heartbreak as it gives hope; it discusses the latest creative solutions to dealing with tics and behaviors; it explores the newest medical treatments. This book shares stories of suffering and exile, as well as stories about creating a fruitful and satisfying life.

An Unlikely Strength shows what it’s like to be viewed by the “normal” world, and how Touretters have come to the powerful self-realization that Tourette syndrome is not who they are—they are free to create themselves and follow their own true path.

Sold exclusively through Amazon, the book can be purchased here.

About the Author
Mr. Barber is a 20-year veteran of Hollywood. He wrote and produced Gene Rodenberry’s Andromeda, among the highest-rated television series in syndication. Additionally, he has produced and written numerous TV shows, such as X-Files, Cagney & Lacey, Nash Bridges, The Commish, Seven Days, Profiler, 21 Jump Street, Roar, First Wave, The Net, WitchBlade, and the political thriller Meltdown, which aired on FX Network. His work won the Imagen Award, for positive portrayal of Latinos in the media, and inspired more than 4,000 people to join Amnesty International. He also is recognized by the Writers Guild of America as a writer of one of the 101 best written television series. In film, he wrote scripts for Francis Ford Coppola, Oliver Stone, and Michael Mann, among other notable directors. His childhood Tourette syndrome was a florid case, complete with physical and vocal tics, as well as coprolalia. His tics are now mild.

Of Guatemalan ancestry, Mr. Barber was born in New York City, grew up in Mexico, Puerto Rico, and Costa Rica, and is fluent in Spanish. And, in a fit of passion, he is learning to play ice hockey.