At age five and half I was diagnosed with Tourette Syndrome, and until I was nineteen, I struggled horribly. I had episodes where I would tic hundreds of times in an afternoon, sometimes over a thousand times in a day. I had ‘coprolalia’, ‘copropraxia’, but my ability to be a mimic, spurred on by my ‘echolalia’, I have found to be of great benefit today.

I was bullied a great deal, even beaten up on occasion, and though it was sport for my peers to ostracize me, despite this I had a good attitude, and amazing parents, who allowed me to be creative, explore, and try new things. After a twelve year struggle, my Mother, who never gave up hope for a cure, and never allowed me to give up hope either, discovered a unique balance of homeopathy, exercise, and spirituality that proved just the right thing to help me tip the scales from an unmanageable case of Tourette to a more manageable one.

Years later, In 2012, as my Opera career was also burgeoning, I began to speak publicly about my struggle with TS, and though very unsure, and frightened to do so, I found strength in the sharing. A year later, I was even given the high honor of being the ‘Distinguished Alumni Speaker’ for my old High School, Pinckney High School’ class of 2013 Commencement in front of nearly 4,000 people at Hill Auditorium on University of Michigan’s campus in Ann Arbor. My speech, and singing was followed by a standing ovation, the length of which I have still never experienced to this day, and I realized I had more to do than just sing, not that that isn’t enough! This was followed by my invitation to Yale University and ultimately the Medical School, when in 2016, I joined fellow classical musician Nick Van Bloss, at Yale Medical School for the ‘Music and Tourettes Symposium.’

Baritone Jason Duika is quickly making a name for himself in the classical music world. Most recently, he sang the title role in Verdi’s “Nabucco” to great acclaim in October of 2019 with West Bay Opera, in California and last June, he sang the Baritone solos in Vaughan Williams “Dona Nobis Pacem” with Mid America Productions at Carnegie Hall’s 3,000 seat Isaac Stern Auditorium. Jason has performed roles with Opera Companies in Florida, California, and New York, and in lead roles such as Francesco Foscari, in Verdi’s “I Due Foscari”, and Herode in Massenet’s “Herodiade”, where the critics said, ‘Jason Duika has a sizable and remarkably lofty baritone, which should serve him well for Verdi roles – he topped “Vision Fugitive” with an A-flat. And yet his delivery seemed effortless, lyric, a melting, manly sound.’ 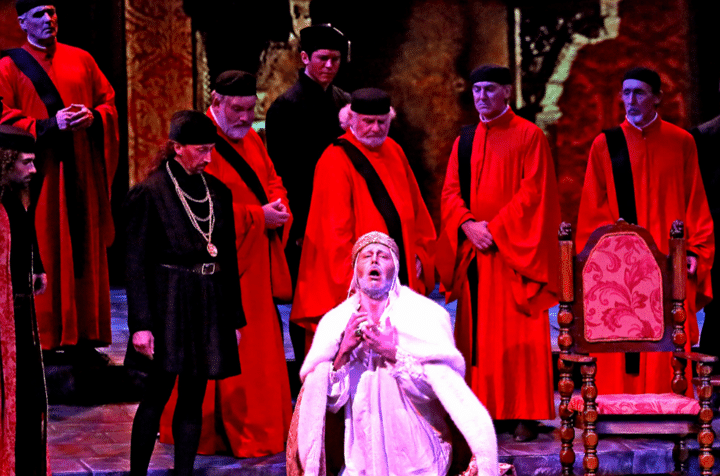 Jason as Francesco Foscari in I Due Foscari, by Verdi 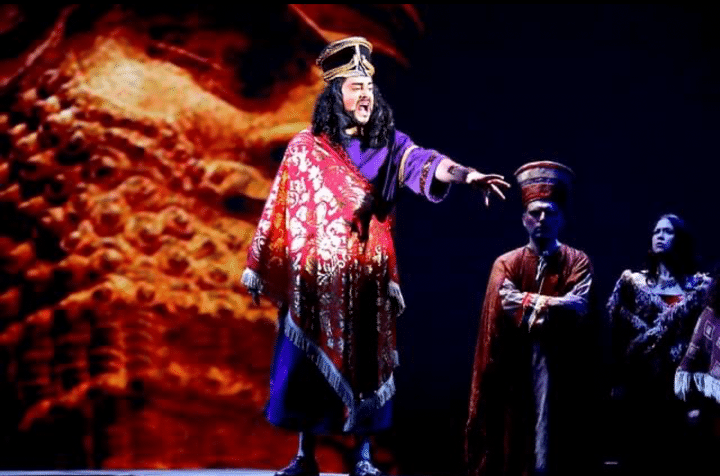 Me as Nabucco in Nabucco, by Verdi.

What interested you in pursuing a career as a professional singer and why did you choose opera?
Ever since I can remember I’ve wanted to sing professionally. When I was really struggling with TS and ticcing all the time, when I would sing it would stop, and would give me the most glorious reprieve! I suppose that’s how it was born, but truthfully, my initial love was pop, or jazz, not Opera.
We professional opera singers often say that Opera chooses you. It’s the Olympic singing level for all vocal genres, and is the oldest and was a fount for every other type of music, so your instrument has to be at a more mature level to even start training. I was singing those other genres and someone said, “hey, you should sing Opera!” And I was like, “what?! Opera. No way!”

But I ended up being a fan first, and then realized it was destiny to sing it. Now I say, “you cut me, I bleed Opera!” Which is very hard because in the US especially, there is no real national musical identity, and no real specific national cultural heritage, legit Opera is not something many people know, and without a lot of real classical music knowledge taught in schools, we are relegated to a “poor man’s status.” It’s very sad. We are every bit as important as a sports or acting celebrity!

There was a time when Opera singers did endorsements, and were famous like Pop singers, or actors, or sports figures are today!

How has your TS positively impacted your singing career? Any bumps along the way as learning experiences?
I would say that it taught me humility, and about humanity. Being a great singer is wonderful, but being a great, and humble person is more my goal. TS and my severe struggle with it, especially when I was my youngest and most vulnerable is really the lesson.

I often say in my speeches to kids “Tourettes was my greatest teacher.” It also has unintentionally birthed a lot of the gifts I employ on the Opera stage today, so I actually owe TS a lot. I wouldn’t wish it on anyone, having to struggle that much, being forced to move, twitch, tic constantly, and unendingly until you actually think, “what could release me from this?” But, then it stops, and you fall asleep from total exhaustion.

In the moment, in the throes of such a thing, you do begin to question what could actually help you escape such terrible torment?! TS didn’t really allow me to understand social cues when I was young, so that was very awkward, or even how to have a convo?? I had to learn the hard way, and I learned fast! It also made me sensitive though, and able to help others by listening and trying to help them. I’m a good talker for sure, but I work on being a good listener as well, and there have been many times, especially with the younger kids where me being a good listener has really come in handy!

How has your experience with TS, positive or negative, helped shape you into the person you are today?
I would definitely say its a positive. As I previously stated it was my greatest teacher, and one that I learned a lot from. It’s still a part of me. And it always will be, however small. When the physical manifestations of TS left when I was 19, I had to learn how to cope with the mental aspect, which was very hard, obsessive thoughts, or even goofy thoughts, as we referred to them.

It was really tough, my early twenties were all sorting through this cranial nausea, this mental anguish. Figuring out what the goofy thoughts really were, and how to actualize them, their energy, allow them to help me somehow. My Mom coined the phrase, “the Lid is off the Id!” That’s living with the mental aspect of TS to a tee! Thanks Mom!

What advice would you have for your younger self, struggling with bullying and other issues as it relates to TS?
Stand up to them, but know when to walk away. Don’t always take it to heart. Sometimes it was innocent teasing, but when you’re bullied all the time, it’s hard to know the difference, you’re always on your guard, and trying to defend yourself becomes ‘a way of life’. It’s hard to know when to let your guard down, and let yourself be teased harmlessly, and when to say, “alright!” It’s time to do your best ‘Jet Li’, and “defend thyself against punks!”

What advice do you have for kids, teens and fellow adults about pursuing their dreams?
Let perseverance be your guide, and never give up! Allow people you trust to help you, and if you can, explain to the world why you’re behaving differently, because once they know, a paradigm shift will most likely occur. And then, with some patience, hopefully, understanding will take place.