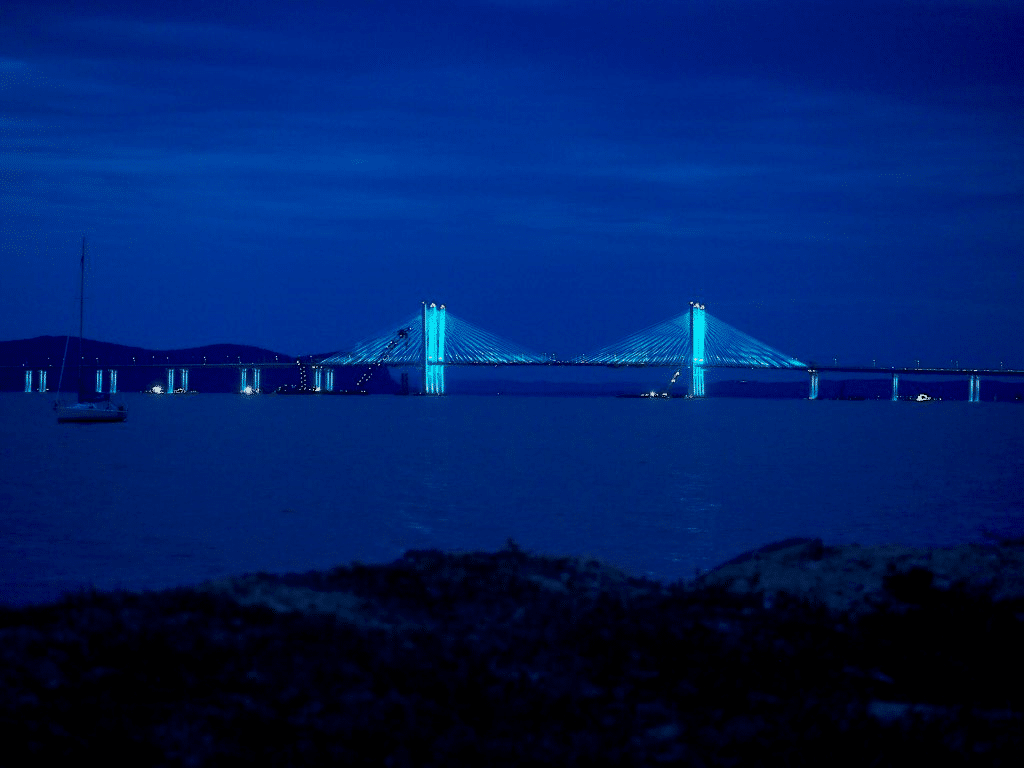 Alexandra Cuttler and Jack Carlin are TAA Youth Ambassadors for the New York – Hudson Valley Chapter, having been trained in 2018 and 2019 respectively. Through their proactive awareness efforts, they started the Project Lights initiative, which was their mission to light up the Governor Mario M. Cuomo Bridge (formerly the Tappen Zee Bridge) teal for the final day of Tourette Syndrome Awareness Month.

This was no small task for Jack, Alexandra, and their families. The project began back in March, when the group began mapping out the process. The first step was Alexandra and Jack reaching out to their local representatives, and presenting before their local town boards about Tourette Syndrome. As a result, both of their town boards issued Proclamations for Tourette Awareness Month, May 15 – June 15. In addition, they also received support from State Senators Stewart – Cousins and Mayer, as well as the Thruway Authority. All of their efforts culminated with Governor Andrew Cuomo officially declaring that the bridge would be lit teal on June 15, and issuing a Proclamation declaring New York’s support for Tourette Syndrome Awareness Month.

This would not have been possible without Jack and Alexandra’s dedication and commitment towards raising Tourette Syndrome awareness and understanding. Their efforts were recognized by a number of notable national media outlets, and raised awareness for Tourette Syndrome all over the country. Alexandra and Jack are tremendous examples of Youth Ambassadors in their mission to educate people about Tourette Syndrome and to spread tolerance and acceptance for the disorder.

In addition to Alexandra and Jack, there are over 450 Youth Ambassadors across the country working tirelessly to increase awareness in their local communities and affect change for people with Tourette Syndrome.