Join us in Flushing Meadows Corona Park to walk for Tourette Syndrome and Tic Disorder Awareness and support the TS community. Every year the Tourette Association of America hosts this event to help make a difference in the lives of those living with Tourette Syndrome and we want you to be a part of it.

There are many ways to support this amazing event, whether you participate as a runner or walker, attend as a guest, or act as a sponsor. If you are unable to make it to the walk, you can participate in our Virtual Walk, so you can still be part of the event.

Take action and help us make this most memorable National Awareness Walk to date!

A Message from Jack 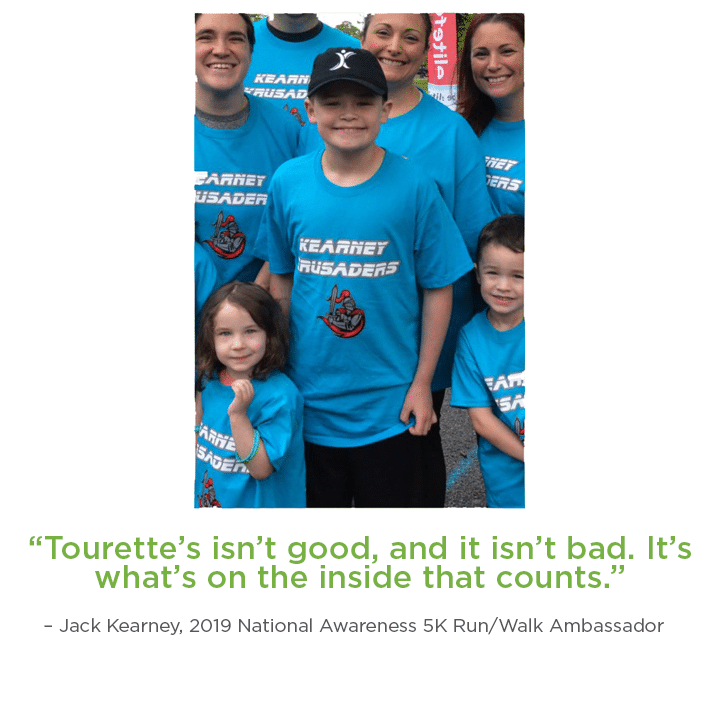 “Being this year’s National 5K Run/Walk Ambassador is super special because I am representing all people with Tourette Syndrome. My team is the Kearney Krusaders and it means a lot if everyone would come out to support me, my family, and the Tourette Association of America. Some people get bullied and don’t know how to stand up for themselves. I used to get picked on and once I took control and started educating others about what I go through it got better. I’m glad that I can help out. Explaining Tourette Syndrome let’s people understand more about it. If we can raise enough money for the Tourette Association of America, we can hopefully find more treatment options and care.”

Esha Alwani, a young singer/songwriter from the happy island of Aruba is quickly creating a name for herself in the music world. Her passion for singing,song writing and performing, started at a young age but quickly gained priority in her life when she realized that music had the ability to help manage the symptoms of Tourette Syndrome.With a desire to share her music, as well as spread awareness of the healing effects of music, Esha wrote and recorded her first EP titled ‘Beautiful’. She quickly found herself in partnerships with the Autism Foundation of Aruba and the Tourette Association of America, appearing at the TAA Annual Conference in 2016 in Arlington, Virginia. 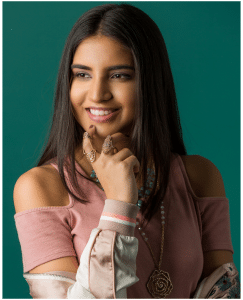 Soon after the release of her second EP, ‘Dangerous’, Esha began performing on stages big and small, in solo performances and as the opening act for international superstars. From arena shows with audiences of 10,000+, opening for artists like Alicia Keys and Maluma, to private events with artists like NickyJamand companies such as Hublot and Cartier. Esha has also performed sold out performances at the legendary Bluebird Café in Nashville, Tennessee. In April 2018 Esha was invited to give her first TED talk at TEDxSaintAndrews in Boca Raton, Florida. Her talk, titled ‘Compose Yourself’ was about the struggles she faced with her diagnosis of Tourette Syndrome and the ways in which music had helped her overcome them. Following this TEDx presentation,Esha was invited to TED headquarters in New York City to give a TED-Ed talk.With the publication of her talk on the official TED website Esha hopes that many people will be enlightened and inspired towards awareness and compassion for those struggling with neurological challenges. Her main goal through all of this has been to spread a message of positivity, hope, and perseverance to people in similar situations. Esha’s message to the world is simple, “Music is healing therapy and we need to make a place for it in our lives.”

Local Walks in Your Area

Thank you to our Sponsors

Thank you to our In-Kind Sponsorships