Make a Gift
Upcoming Projects
Past Progress
The Tourette Association of America (TAA) is the only national organization that invests in research for Tourette Syndrome and Tic Disorders. As a result of your past support, we now have a deeper understanding of the causes and new treatment options.

The Ochsman Foundation has agreed to MATCH DOLLAR-FOR-DOLLAR UP TO $100,000 of contributions received by December 31, 2020.
Make a Gift

Yet there is still so much more to discover and understand. This is why your financial gift is crucial. COVID-19 has had a devastating effect and continues to challenge our overall way of life. The critical work of this organization cannot stop for a global pandemic. With this in mind, your support is needed now more than ever. This year we need almost $700,000 to support new, ground-breaking research projects that can improve the lives of those living with TS now and in the future.

Please review the latest studies and consider making a donation to support the ongoing development of novel and promising treatment options. To make a gift online visit tourette.org/research. 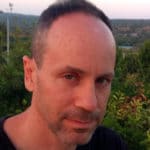 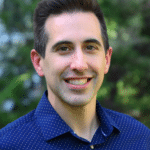 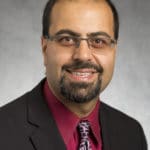 EXPLORING BRAIN COMMUNICATION AS A MECHANISM OF COMPULSION
Alik Widge, MD, PhD, University of Minnesota
Studying how brain areas communicate to produce more flexible or more rigid, compulsive behavior, to understand both the tics and the obsessive-compulsive symptoms of TS.

Your Dollars in Action

Dr. Steve Wu has been studying transcranial magnetic stimulation and imaging markers related to tic control in children/ teens with Tourette Syndrome. The findings show that the pre-supplementary motor area’s activity, which is important for controlling motor movements, is less active in TS patients. Furthermore, lower activity is consistent with more tics. We also used a unique MRI method called diffusion tensor imaging to characterize brain pathways. We found differences in pathways that connect the two sides of the brain. The findings could partly explain problems in how the pre-supplementary motor area regulates the motor system in Tourette Syndrome. Continuing to understand what happens in
the brain when tics are suppressed could provide insight on ways to target that mechanism to reduce tic frequency.

Dr. Sharon Anavi-Goffer has been studying the receptors for THC. The findings suggest that TS/ADHD with or without OCD are actually a single clinical entity derived from enhancement of the cannabinoid CB2 receptor activity during postnatal development. We found that one of the drugs that interferes with the CB2 receptor, called MH, reduces tic-like behaviors, inhibits hyperactivity, reduces compulsion-like behavior and restores attention. Most importantly, although a postnatal mechanism is involved, the therapeutic effects of MH were found even when it was administrated during adolescence or adulthood, therefore, speeding up the development of MH as a new drug for patients with Tourette Syndrome is our next goal.

Dr. Wissam Deeb has been studying Deep Brain Stimulation, particularly the use of skin-attached sensors to automatically detect and characterize tics. Between 2018-2020, we tested this approach and found that this system performed well in detecting motor tics with an accuracy between 75% to 90%. This system allows tics to be better measured both for visits to the doctor and for research purposes.